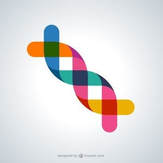 TwoThe following Howard lines all have Y-DNA that matches at least 65 out of 67 markers tested which, according to FamilyTreeDNA.com, means that there is at least a 95% confidence of a common ancestor within the past 8 generations.  This time frame puts us back into the first part of the 1700s.

Those interested in viewing interactive historical maps of states and counties in Virginia, North and South Carolina, etc. may wish to use the mapofus.org​ website.

​Obadiah Howard (ca1736-1804)
Obadiah Howard, the direct ancestor of the authors of this website, was probably a son of the Stephen Howard who died in 1745 in Onslow County, NC.  This Stephen, who married a Sarah last-name-unknown, had at least four sons:  Stephen Jr, Edmund/Edward, Obadiah, and Nehemiah.

The father Stephen apparently had four brothers whose names were James, Edward, John, and Joseph.  The brothers were named in the 1729 Bertie County will of James, along with the children of James.  These Howard brothers seem to have migrated from southeastern Virginia (the Nansemond/Isle of Wight area) southward into northeastern North Carolina in the early part of the 1700s.  Their father may have been a James Howard who is mentioned in land transactions in southeast VA and whose wife may have been Elizabeth Titus. For more on Obadiah see Our Howard Family in America.

Numerous individuals have been tested showing very close or exact  Y-DNA matches to Obadiah and his brothers.  Although there are too many matches to cover here, please see the section entitled ​DNA Test Results.

Seth Howard (ca1745-1817)
Descendants of Seth have Y-DNA that exactly matches the descendants of Obadiah (67 of 67 markers).  Seth shows up in Craven County, NC in 1768 when he received a gift of land from Robert Orme.  He married Adrah Narcissus Collins in 1770.  In 1771 he signed a land petition in Tryon County along with Avery Breed and Philip Mulkey.  By 1777 he was in 96 District (Edgefield County) SC.  He died in what is now Anderson County, SC.

Some researchers believe that Seth may have been a young brother of Obadiah’s who was cared for by Robert Orme while others in the family went to Orange County.  Evidence is still lacking to date.

A detailed and sourced discussion of Seth Howard and Adrah Collins can be found in a book entitled Howard-Wright and Allied Families by Marilee Howard Cory, 2000.

Thomas Howard (ca1718?-aft1790)
In 1790 a “deed of gift” of land was granted by Thomas Howard to son Minson of Sampson County, NC. Two descendants of this Thomas have Y-DNA that matches Obadiah’s descendants 66 out of 67 markers. Minson Brough Howard and his descendants are fairly well documented.  He had two wives, Ann Williams and the widow Dorcus White, and several offspring by both wives.  Minson seems to have had two brothers, James and Thomas M Howard, but they are not nearly as well documented.

Thomas, Minson's father, appears to be the son or grandson of Elizabeth Brough and Thomas Howard of Elizabeth City County, VA who died there in 1735. In fact the Thomas who died in 1735 did have a young son Thomas whose appointed guardian was Robert Brough.  It is probable that young Thomas married an Elizabeth Minson, whose family lived in proximity to the Howards and Broughs.  Frequently children are named after one of their grandparents, which would be true in the case of Minson Brough Howard.  Furthermore, Elizabeth City County is in the same area as Nansemond and Isle of Wight Counties in southeastern Virginia where Obadiah Howard's ancestors were located.


James Howard (?-d1815)
The late Gordon Howard had Y-DNA testing done prior to his recent death, and his results match Obadiah’s descendants 65 out of 67 markers.  His ancestor was James Howard who died in 1815 in Cumberland County, NC adjacent to Sampson County.  In my opinion this James may be the son of Thomas Howard discussed above and brother of Minson, but no conclusive proof has been uncovered at this time.  James was married twice, first to Edna Banner and secondly to Honour Averitt, and had children by both wives.

Joseph Howard (?-d1803)
Y-DNA shows an exact match at 67 markers (and 109 out of 111 markers) for descendants of Joseph Howard who died in Hancock County, Georgia in 1803.  He was married to a Mary “Polly” whose last name may have been Bryant.  Nothing is known of Joseph’s parentage, but his will indicates he had a brother Isaac.  Research is ongoing.

Charles Howard (aft1750-1813)
The closest match here is 66 out of 67 markers.  Charles Howard was born after 1750 in Halifax County, Virginia, a county just above Orange County NC where Obadiah's clan was located in the mid-1750s.  Charles and his wife, Agnes Nancy Polly Lewis, were married about 1775 in Greenbrier County, Virginia (now West Virginia).  Charles migrated to Kentucky and died there in Warren County in 1813.  Obadiah had died in 1804 in the county just east of Warren.  Some of Charles' eight children went on to Ohio, Illinois and Missouri.

John Howard (?-died before 1752)
Y-DNA results show an exact match of all 67 markers tested.  John, an uncle of Obadiah Howard, married Frances Denson before 1731, and they had at least four children.  After John died in Onslow County, NC, his widow married Parmenus Horton.  Frances apparently had no children by her second marriage, at least none were mentioned in her will which was proven in court in 1788.